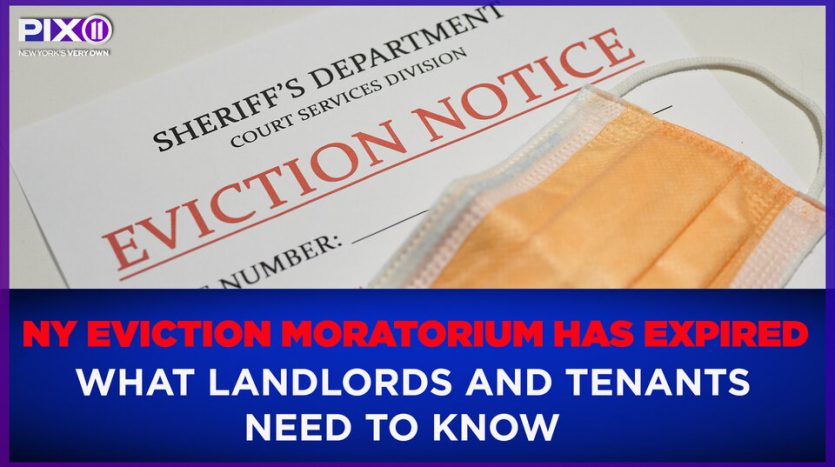 The end of New York’s moratorium on evictions ushered in some landlord-tenant drama. But the story of one Crown Heights home shows a seismic shift in how tenants are fighting displacement.

After the family was threatened with eviction, the groups forced them back into their home, which had been occupied for over 70 years. They blocked off the area to prevent unauthorized individuals from entering.

On Monday, the activists gathered outside the home to protest the evictions and to push for the passage of good cause eviction legislation.

According to a news site, the home’s owner, who was out of town, came to the home to find about 70 people protesting. The owner did not enter the property.

A spokesperson for the owner confirmed that slurs were directed at them. The organizer of the protest, Amdi Ozier, also denied that the demonstrations had devolved into anti-Semitism.

Shearease Robinson had previously explained that the people who stole their tenants’ property were not their tenants, and she accused them of being a white man and a man with money.

She had fallen behind on her mortgage, and she agreed to sell her house to avoid foreclosure. She would then purchase it for $1.4 million.

The agreement stated that if she failed to pay the rent, the landlord could evict her. After failing to pay, the Robinsons stopped paying rent, and Gurevitch started an eviction proceeding.

Her lawsuit claims that the first LLC deceived her into transferring the deed to Gurevitch, and that they intended to dupe her. She also asked the court to stop her eviction.

In 2017, the court ruled that the settlement had resolved all of the issues between the parties, and that the house belonged to Gurevitch. However, the Robinsons still claim that the property was stolen.

Gurevitch’s team claims that everything that happened was done legally. The landlord, on the other hand, says that the Robinsons fell behind and then started arguing about deed theft.

“Landlords need to know that if this eviction is not upheld by the NYPD, then eviction in NYC is out the window,” said the spokesperson for Gurevitch. “Tenants are going to know that if they get evicted, they can just break back in. All they have to do is get a tenant’s union on their side and push off the court date.”